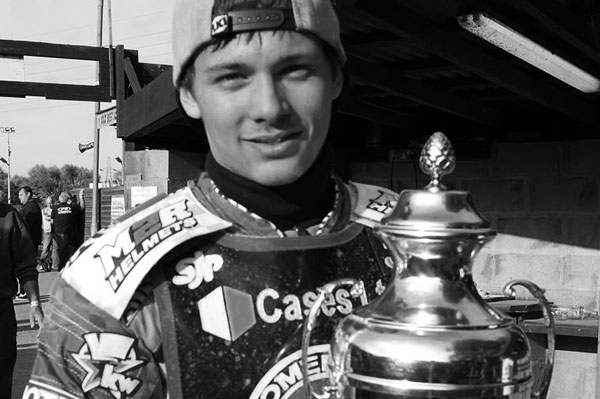 Digga sponsored Nick Morris of the Somerset Rebels with his 2013 Knock-Out Cup.

Digga sponsored Nick Morris and the Somerset Rebels have been crowned the 2013 Premier League Knock-Out Cup Champions after beating Rye House 103-77 on aggregate.

The Rebels narrowly lost the second leg of the final 46-44, but an emphatic first-leg victory saw them home in comfortable fashion.

It was a victory to be proud of according to Team Manager Garry May. He said: “It was a fantastic feeling when Doyley was presented with the Cup, the boys did a great job in containing Rye House early on, and with each passing heat so the pressure built on their side of the pits, which had been our plan all along... Even though Rye House did open up a bit of a lead on us at one stage, we were never worried about losing control of things and came back at them to such an extent that we almost snatched a draw out of today's match, but although we just missed out on that, we will be heading back to Somerset with the KO Cup to lock away in that Oaktree Trophy cabinet.”

With time, and races, fast running out on the Rockets they did hit in a volley of three successive 5-1 heat wins, to take a 12-point lead on the day, but that still left Somerset with an overall advantage of 16 points with just five heats remaining.