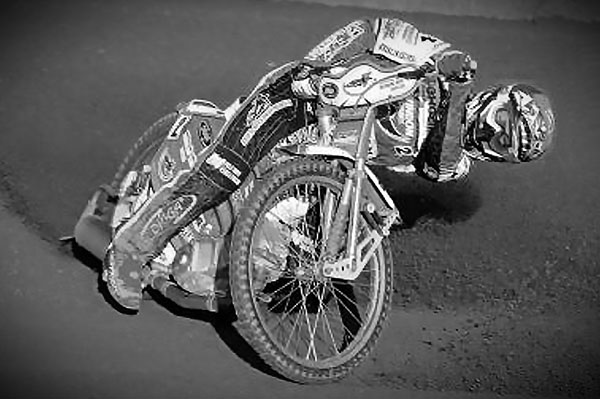 Digga sponsored Nick Morris has a chance of winning the ‘double double’ as the 2012 campaign reaches its business end.

AUSTRALIAN Nick Morris believes he has a real chance of winning the ‘double double’ as the 2012 campaign reaches its business end.

As well as playing a big part in the Robins’ Elite League triumph last season in his first full season with the club, Morris also led Premier League side Scunthorpe to victory through the second tier play-offs before making the switch to Somerset for 2013.

Both his sides now sit at the top of their respective leagues following wins this week, and Morris believes both the Robins and the Rebels have a real chance of ensuring he extends his record of winning a league title in every season he has been in Britain.

“I’m starting to get going now in the Premier League, because at the start of the season I was having a few problems with the Somerset track which made it hard for me.” he said.

“I’m starting to get it sussed now and I’ve been scoring a few points, and I managed to get a paid maximum on Wednesday night which was good. My form is coming good in time for the play-offs which is the best time for it and now we just need to see what we can do. Both of my teams are going really good and are top of their leagues now, and there’s good team spirit in both now so that’s going to be good for us and hopefully we can stay on top and then do it in the play-offs.”

Despite believing both his teams are in with a real chance of success, Morris isn’t getting too carried away, as he knows the Elite League play-offs will be hotly contested in 2013.

“I’m always going to ride the same and always do the best I can no matter what, but it’s always great to be on top because it brings a different type of motivation,” he said.

“It would be amazing to win both again but I won’t count my chickens yet, although it’s definitely a possibility. The Elite League play-offs will be really tough this year because all four teams will be really good, and we need to score the points away from home to keep it tight and then do our best at home. It’s really strong this year, and it should be a really exciting finish for everyone.”

Meanwhile, the Robins will face Belle Vue next Thursday instead of Lakeside after making a switch to accommodate live television coverage.

The Elite League champions will now host the Hammers on Monday, September 9 in front of the Sky Sports cameras, in what will be their final regular season fixture.